SEOUL, June 8 (Yonhap) -- In a black-and-white drawing, a grandmother is holding a baby in front and carrying another on her back.

"Astro's grandma in Korea is a super woman. ... Children, please don't forget!" reads the text accompanying the painting posted on Instagram by Lee Chan-jae, a 75-year-old grandfather of three boys.

In another watercolor painting, a grandfather is smiling at a little dancing boy holding toys in his hands.

"I, on the drums, and Astro in the dance, we immersed ourselves in the joy. As it went on, I went back to the time when I was 3, 4 years old, when my father would hit the floor "tumtum" like he was beating a drum and I danced to his rhythm," the post read. 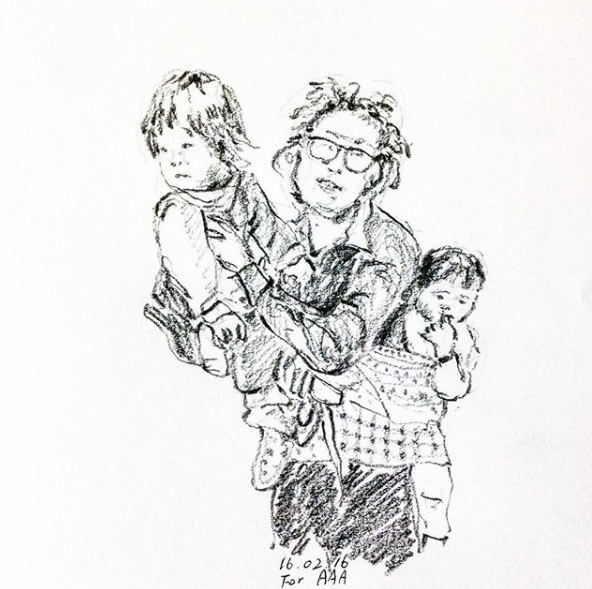 Lee moved to Brazil with his wife and two children in 1981. The emigration was at the request of his father-in-law, who had settled in Brazil and worried another war could break out on the Korean Peninsula.

A science teacher in Seoul, Lee happily accepted the proposal.

"I was like, 'Great! It will be interesting to live in a new place,'" Lee recalled in a recent interview with Yonhap News Agency at the Brazilian Embassy in Seoul where he's been holding his first solo exhibition in Korea.

In Brazil, he successfully ran a clothing factory. Looking after two grandsons who lived nearby took up a great portion of his daily life. But he lost one of the greatest joys when his daughter's family moved back to Korea. He felt empty in his heart. 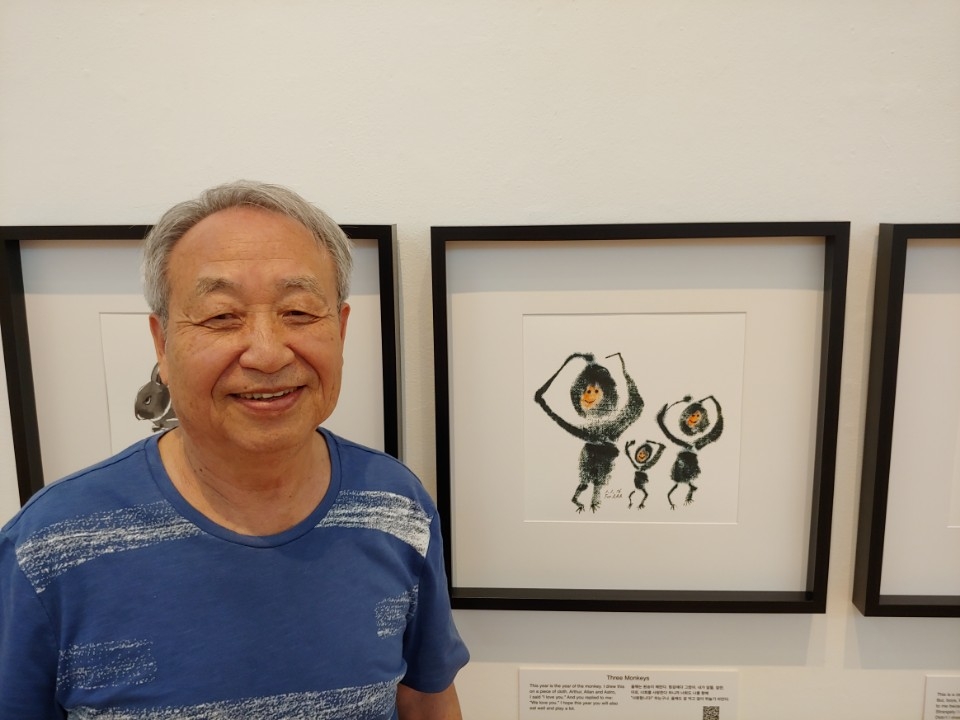 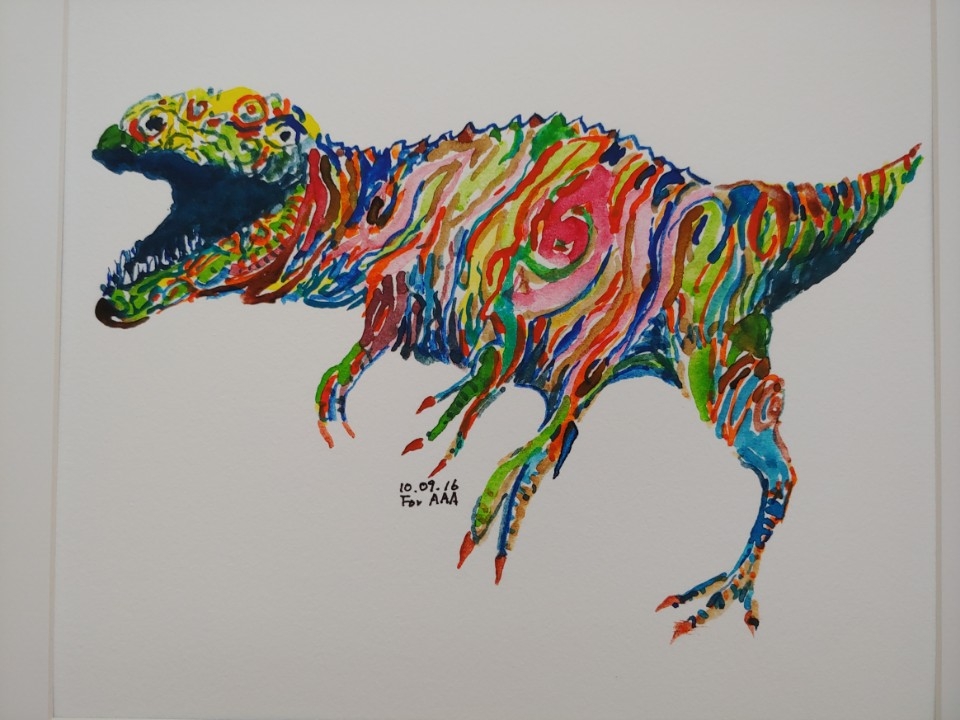 His son, who remembered his father used to draw for him when he was young, suggested Lee paint for his grandchildren to communicate with them and leave something that they could remember their grandfather for. The work would also fill his day and give him a sense of purpose, his son said.

But Lee couldn't be enthusiastic about the idea of sharing his drawings. After all, he never drew seriously and was unfamiliar with the technology necessary to post his paintings on social media and share them with the kids who lived far away. 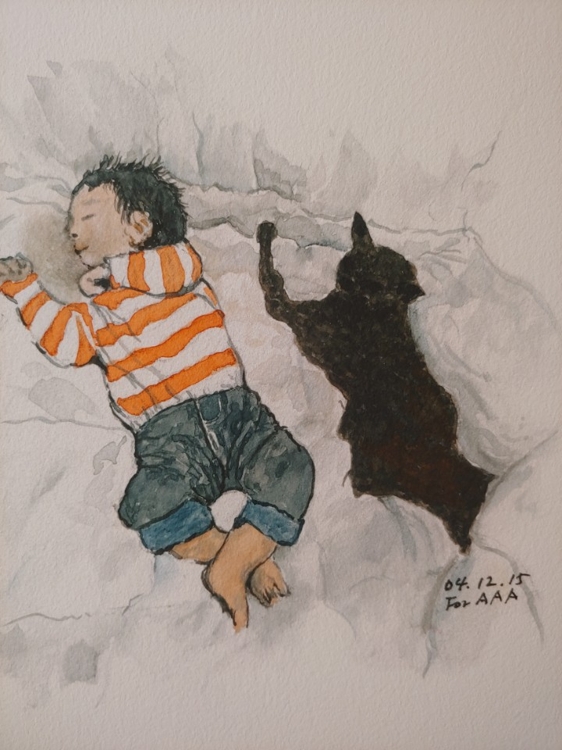 One day, he visited his son's family in the U.S. when youngest grandson Astro was born. While he was holding the baby, he wondered what Astro would become when he grew up. Suddenly he realized that he wouldn't be around by the time the baby became adult.

His son pushed his reluctant father once again on the idea, suggesting they would name the social media site "Drawings for My Grandchildren."

"It was so hard to learn how to use Instagram because I used my phone only for phone calls. But my son was patient and kept teaching me how to use it," Lee said. 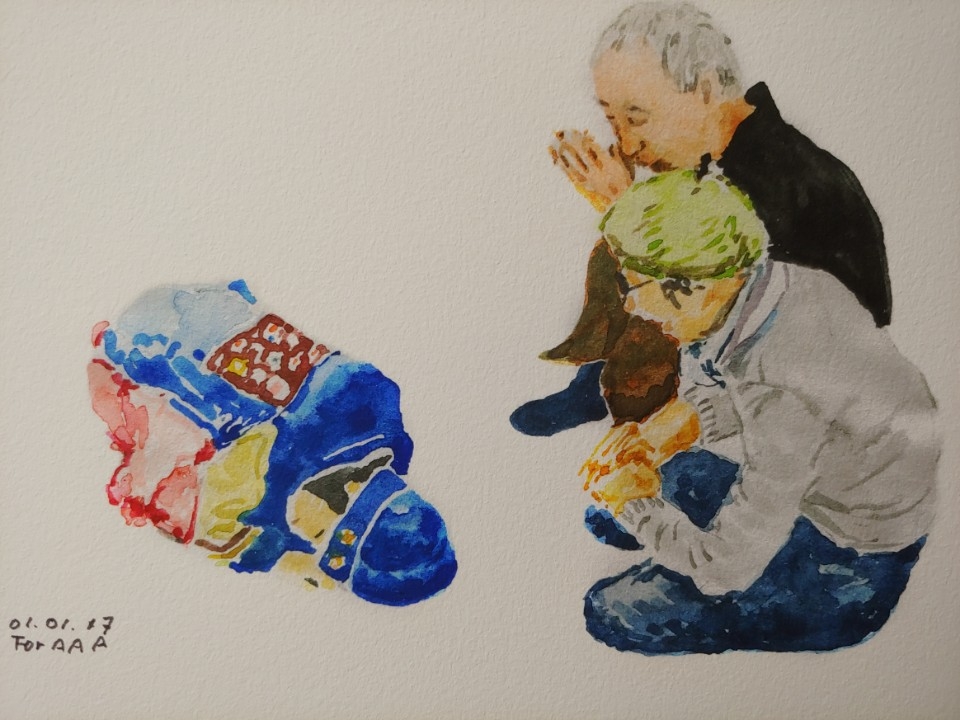 On April 2, 2015, he posted his first painting on Instagram. Since then, he's been trying to upload one painting a day, with letters to his three grandsons -- Arthur, Allan and Astro. At the bottom of each painting, he writes, "For AAA," using the initials of his grandsons' names.

Now he has more than 350,000 followers on Instagram who empathize with Lee's grandfatherly love and the heartwarming stories he shares with the boys.

What started as a small, private hobby has expanded to a sort of a family business. He draws and paints, his wife writes the text and their two adult children translate the Korean text into English and Portuguese. 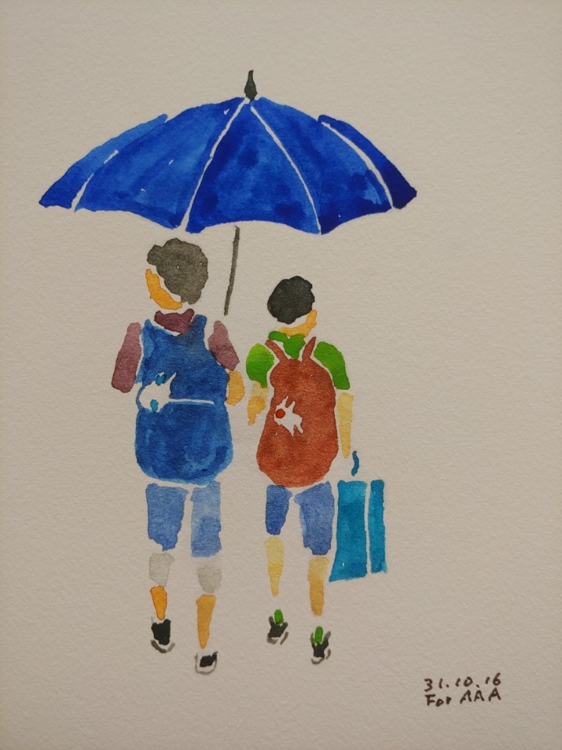 "As my grandkids grow up, I get to have a wider variety of subjects for my paintings," he said. "As I see them grow, I care more about issues affecting them, like the environment. I think this project makes us all grow up together."

Late last year, the couple moved back to Korea, wrapping up their Brazilian life of more than 35 years, to live near Arthur and Allan, now 13 and 12.

"I am still embarrassed. Only artists hold exhibitions and I am not an artist. I asked the exhibition to be titled something like 'Instagram Paintings Show,' to no avail'" he smiled sheepishly.

"It is not art. I only paint to share with the kids." 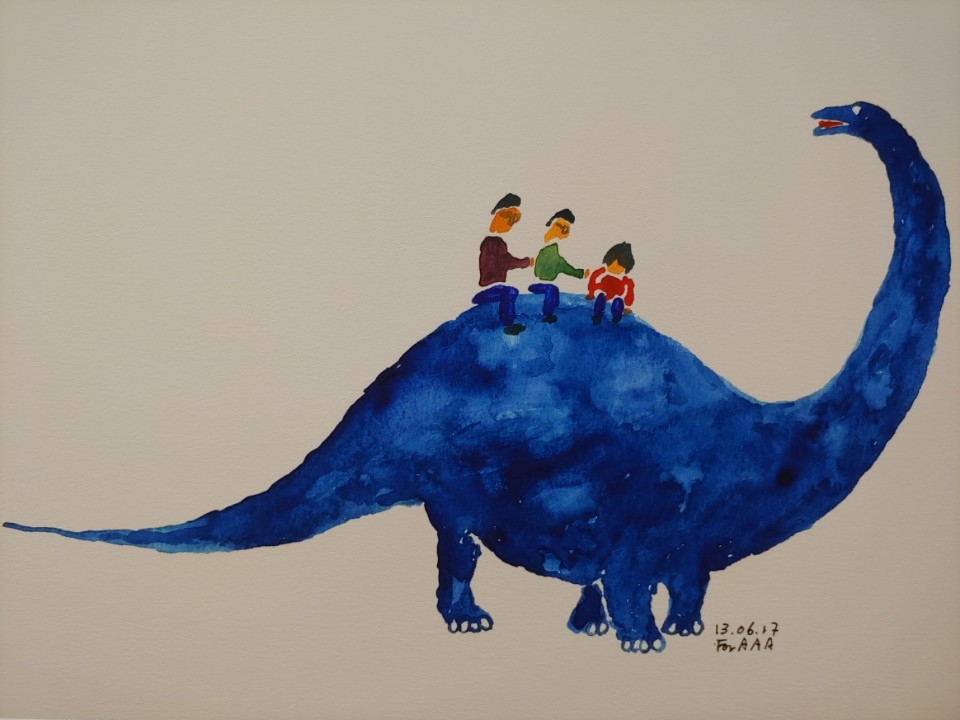