SEOUL, June 8 (Yonhap) -- The government will strengthen rules on overseas travel permits for military conscription candidates older than 25 years, as many are suspected of abusing the system to delay their military duty, the Ministry Manpower Administration (MMA) said Friday.

Under the current rules, all conscription candidates between the ages of 25 and 27 who have not yet completed their military service are allowed to put off enlistment, if they apply for an MMA permit for overseas travel for less than one year. The successful applicants can also stay in South Korea for up to two months even during the permitted travel period without fears of conscription.

For that reason, many young male entertainers and athletes have freely engaged in activities at home and abroad after obtaining the one-year overseas travel permit.

"So far, non-conscripts aged 25 years to 27 have been limitlessly given permits for overseas travel shorter than one year. Starting in August this year, however, the number of permits will be limited to five, with the maximum travel period to be shortened to six months," an MMA official said. 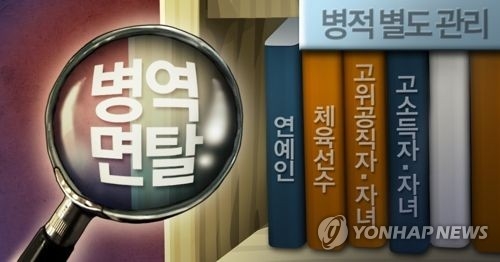 In addition, the total maximum period of conscription postponement will be reduced from three years to two, the official noted.

"In some cases, conscription candidates apply for a one-year travel permit just for 10 days of overseas activities. In order to deter rampant postponements of enlistment, the maximum permit period will be changed to six months," he explained.

But local entertainment industry officials have raised objection to the planned rule changes, warning that the toughened rules for overseas travel permits may have a bad impact on overseas activities of "hallyu," the Korean wave, stars.

"Young artists have relatively freely engaged in activities abroad thanks to the one-year overseas travel permit system," an industry official said. "The permit period being cut to six months will impose a lot of limits on overseas activities of hallyu stars."