Offshore investors owned local bonds worth 108.4 trillion won (US$100.93 billion) in May, up 3.2 trillion won from the previous month, according to the data from the Korea financial Investment Association (KOFIA).

In May, they were net buyers in the local bond market, picking up 5.3 trillion won worth of bonds, it added.

The expansion of transactions among overseas investors is mainly attributable to eased geopolitical risks on the Korean Peninsula and the continued difference between the forward exchange rate and the spot rate, according to the association.

Total bond issuance inched down last month to stand at 61.2 trillion won, a decrease from the 61.33 trillion won logged the previous month, the KOFIA said. 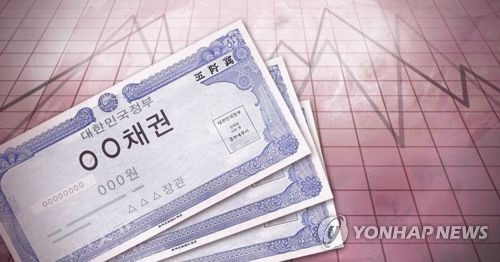