A total of 95 companies listed on the main KOSPI market put forth their corporate governance report for 2018, up 35.7 percent from the previous year, according to the Korea Exchange (KRX).

Of the total, 40 firms were financial institutions, and 55 were in other sectors, the KRX said, adding the number of financials that issued the report this year grew 2.5 percent and that for non-financial entities spiked 77.4 percent from the previous year.

With an aim to boost transparency in management, the bourse operator introduced the policy of recommending listed firms to issue a yearly report on their governance structure in March 2017.

The paper covers in detail 10 key principles regarding a company's governing system, such as rights of shareholders, external board members and the roles of boards of directors, the KRX said.

"Though it is a voluntary matter, a growing number of major companies are providing data," the KRX said in a statement, adding that nine out of the top 10 firms in terms of market capitalization published papers this year, including tech giant Samsung Electronics Co. and top carmaker Hyundai Motor Co.

"After getting approval from the Financial Services Commission, the KRX plans to make it mandatory for listed companies whose assets surpass 2 trillion won (US$1.86 billion) to file reports starting next year," it said. 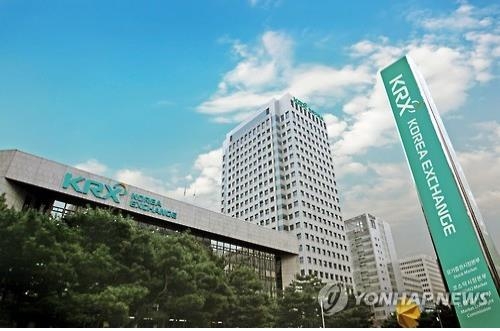