The project, aimed at auditioning talented performers from both countries to produce a girl group through audience voting, will premiere on Mnet and Japan's BS Scapa on June 15.

The Japanese satellite channel is watched by more than eight million viewers in Japan and is known for its exclusive content related to the popular Japanese girl band AKB48.

It is rare for a variety show to air in Korea and Japan at the same time, Mnet said, adding the show will provide momentum for Korean television shows to make more inroads into the country.

An official from CJ E&M, which owns the channel, said K-pop takes up 10-12 percent of the Japanese music market, which is estimated to be worth around six trillion won.

"The mega-project will serve as a stepping stone for Korean entertainment content to have a bigger influence in Japan," the official said.

The program, first unveiled in "2017 MAMA in Japan" in November, is a collaboration between popular Mnet's audition program "Produce 101" and Yasushi Akimoto who produced AKB48. 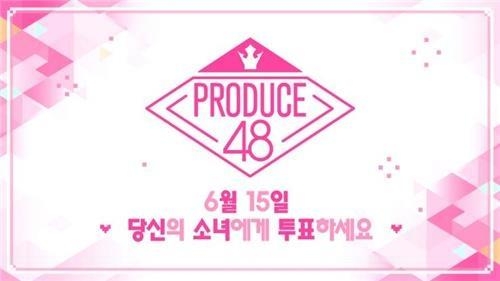