The Korean Council for the Women Drafted for Military Sexual Slavery by Japan, known as "Jeongdaehyeop," and the Foundation for Justice said Friday the Friends of Comfort Women in Australia will present the award to Jan Ruff-O'Herne, 95, on thier behalf Saturday.

Jeongdaehyeop and the foundation granted the award on the occasion of the U.N.-designated International Day for the Elimination of Sexual Violence in Conflict, which falls on June 19.

Born in what was then the Dutch East Indies, now Indonesia, Ruff-O'Herne was imprisoned by the Japanese and taken to a military-run brothel as a forced sex slave during World War II.

In 1992 after she and her British husband migrated to Australia, she revealed her ordeal for the first time as a non-Asian after being inspired by the courage of some of the Korean women who were speaking out and demanding an apology and compensation from the Japanese government.

As a human rights activist, she has traveled the world to tell her story and taken the lead in informing people about Japanese atrocities during the war.

Ruff-O'Herne, along with two former comfort women from South Korea, gave testimony about the hardships they experienced at a 2007 hearing of the U.S. House of Representatives before the lower house adopted a resolution demanding that Japan formally apologize for its sexual enslavement of tens of thousands of young women, mostly Koreans, for front-line Japanese soldiers during World War II. 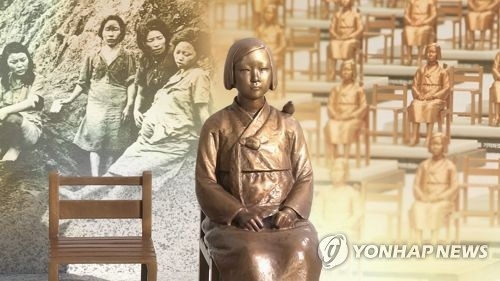