According to the Fair Trade Commission (FTC), Hankook Fruits and Vegetables Co. and three other wholesalers that serve as auctioneers or wholesalers at Garak Agricultural Market in southern Seoul, the largest agro-farm good marketplace in the country, worked together to levy unloading charges for fruits and vegetables of smaller wholesalers in violation of the law between 2002 and 2004.

Under revised rules that took effect in 2000, they were only allowed to collect preset commission fees from smaller players. They serve as major wholesalers or auctioneers of farm goods on consignment.

Also, their operating to sales ratio hovers between 16 percent and 22 percent, far higher than the average operating income to sales ratio of 2.81 percent in the wholesale and retail sector.

The corporate watchdog called on the agriculture ministry and the Seoul Metropolitan Government to take corrective measures to prohibit such cases from recurring in the future. 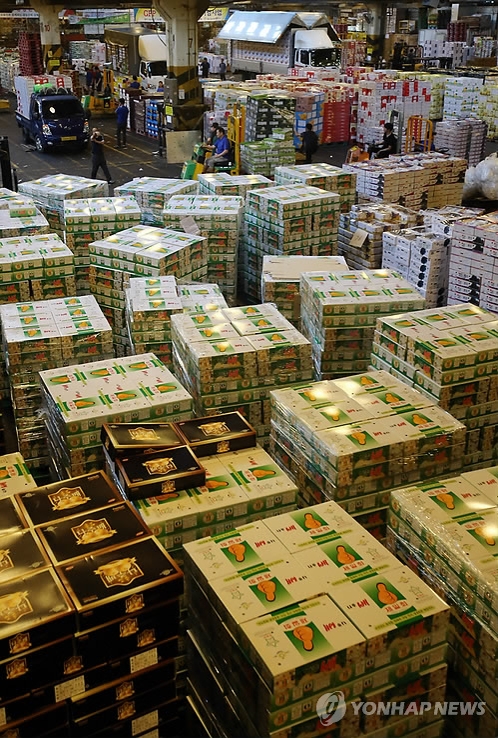