The first-ever U.S.-North Korea summit is due to take place in Singapore Tuesday, with the two sides trying to reach a deal on dismantling the North's nuclear weapons program in exchange for security guarantees.

A day earlier Trump said he was "very well prepared" but didn't think he had to prepare very much because the meeting will be about "attitude" and "willingness to get things done."

Trump's exact words Thursday were, "But I think I've been preparing for this summit for a long time."

He blasted the "fake news" media for failing to "pick that up" and pointed to the election loss of his former rival, Hillary Clinton.

"You know, these one-week preparations, they don't work. Just ask Hillary what happened to her in the debates," he said. "So I've been preparing for this all my life."

The White House has said that Trump has been receiving daily briefings on North Korea from his national security team.

In recent comments Trump played down expectations the nuclear issue will be resolved in one meeting, and on Thursday dangled the possibility of inviting Kim to the White House for a follow-up if next week's summit goes well. 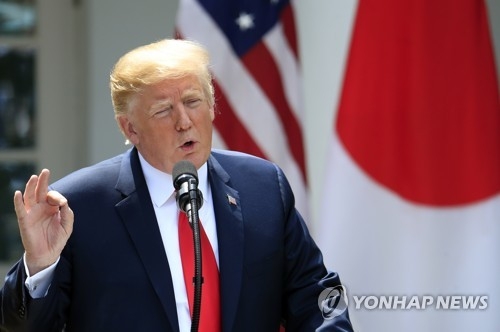 Trump: I've prepared all my life for N. Korea summit

Trump: I've prepared all my life for N. Korea summit