The average gasoline price was 1,609.7 won (US$1.49) per liter nationwide in the first week of this month, edging up 4.7 won from a week earlier, according to the data compiled by the state-run Korea National Oil Corp. (KNOC).

The figure is the highest price tallied since 1,620.0 won per liter recorded in December 2014, it said.

The average diesel price also climbed 4.7 won to 1,410.5 won per liter during the cited period, the data showed.

Gasoline prices in Seoul were the highest at an average of 1,697.2 won per liter, up 2.6 won from the previous week.

The KNOC expected domestic fuel prices to rise for a while despite a recent drop in global oil prices amid anticipations of increased supply, as there is a lag in the effect of the global oil prices on the local market. 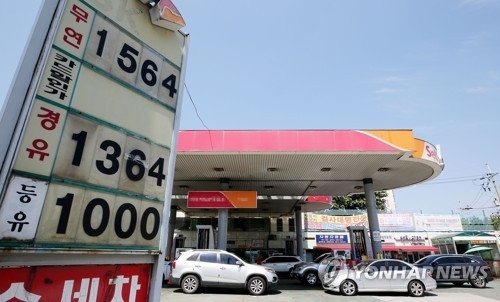