"Kim Yong Nam, president of the Presidium of the Supreme People's Assembly of the DPRK, will soon visit the Russian Federation to attend an opening ceremony of the 2018 FIFA World Cup," the Korea Central News Agency (KCNA) said in a short English dispatch.

Earlier this week, Ivan Melnikov, a deputy speaker of the Russian lower house of parliament, said he was looking forward to meeting Kim while talking to the North Korean delegation on the sidelines of the Development of Parliamentarism forum in Moscow.

"We know the visit (by Kim) has been planned, and I am sure it will happen," he said. 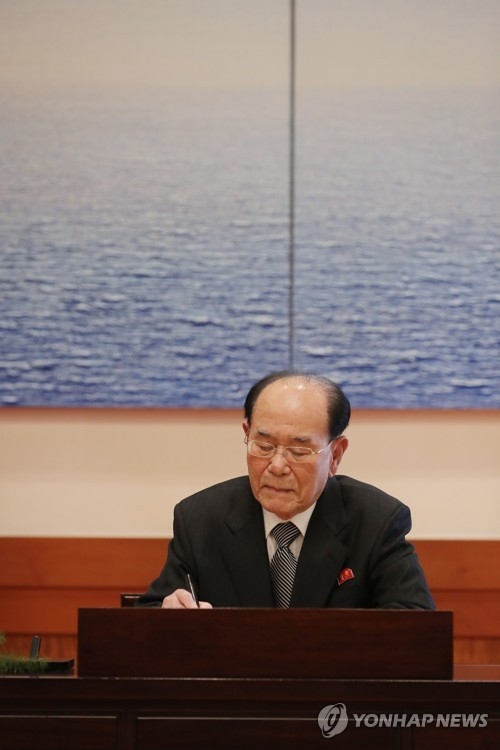 The World Cup runs from June 14 to July 15 in 11 Russian cities, including Moscow, St. Petersburg and Nizhny Novgorod.

While North Korea isn't participating, Kim will attend the opening ceremony Thursday in a bid to maintain its friendship with Russia.

On May 31, the North's leader Kim Jong-un met with Russian Foreign Minister Sergey Lavrov in Pyongyang to discuss ways to consolidate friendship and improve ties. During the meeting, Lavrov delivered a letter from Russian President Vladimir Putin. Kim expressed his willingness to visit Moscow within the year to discuss diplomatic issues, including denuclearization.

In 2014, Kim Yong-nam also attended the opening ceremony of the Sochi Winter Olympics, where he met with Putin, although North Korea didn't attend the event.