The final turnout stood at 20.14 percent, as 8.64 million out of 42.90 million eligible voters participated in the early voting that ran through Saturday for the upcoming local elections slated for next Wednesday, according to the National Election Commission (NEC).

Up for grabs are 4,016 local administrative, legislative and educational posts, including 17 metropolitan mayors and provincial governors.

But the figure came short of the rate logged in May last year when 26.06 percent of the electorate cast their early ballots for the presidential election.

As for the advanced voting for the by-elections to fill 12 vacant parliamentary seats, the turnout came to 21.07 percent, according to the NEC.

The early voting system was introduced in April 2013 to encourage more to exercise their due rights. 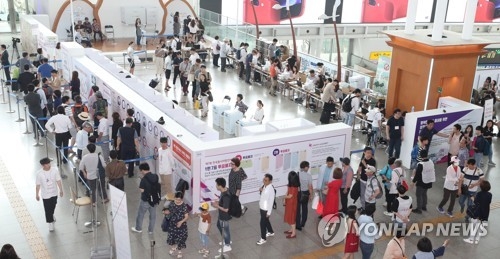