SEOUL, June 10 (Yonhap) -- A rally in crude oil prices is expected to drive up producer prices in South Korea, particularly for the petrochemical and transportation sectors, according to a parliamentary report Sunday.

In a recent report, the National Assembly Budget Office predicted that the cost of local industrial output would rise 0.57 percent if the price of crude oil gains 10 percent.

The cost of petrochemical and overland transportation output would rise 7.44 percent and 1.11 percent, respectively, if the price of crude oil gains 10 percent, the report said. 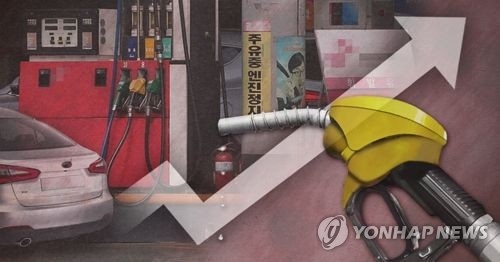 The spike in crude prices is seen as reflecting concerns that the U.S. resumption of sanctions on Iran could reduce its oil exports, resulting in a global supply bottleneck.

According to the Bank of Korea, South Korea's producer prices rose slightly in April on increasing crude prices.

The producer price index -- a barometer of future consumer inflation -- reached 104.13 in April, up 0.1 percent from a month earlier, or 1.6 percent on-year. South Korea imports all of its oil.
(END)