"Gimpo Airport will adopt 13 self bag drop units in November to alleviate congestion and shorten the baggage process time," an official at Korea Airports Corp. said.

The automatic system will be available at the departure gate of the airport, which is now undergoing remodeling, the official said.

The airport will be completely automated in ticketing and baggage when the self bag drop system is introduced as it is currently running 16 self check-in units, the official added. 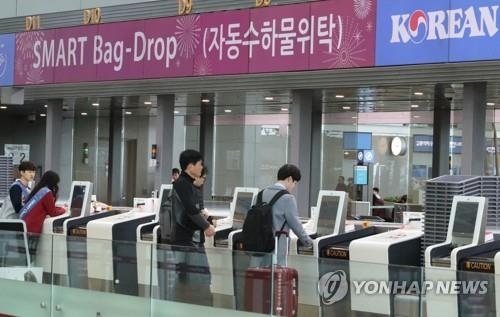