SEJONG, June 10 (Yonhap) -- South Korea's National Assembly has seen an increase in the number of bill proposals by legislators pushing to bolster economic exchanges with North Korea on the back of warming relations with Seoul and a planned historic summit between North Korea and the United States, parliamentary data showed Sunday.

Rep. Youn Kwan-suk of the ruling Democratic Party has proposed amendments on three acts related to rail construction to pave the way for rail development projects that link the two Koreas.

Discussions on the project to connect the Siberian line with those that can operate between the two Koreas have been under way for more than a decade, although no major progress has been made due to geopolitical obstacles, particularly North Korea's nuclear and missile programs.

In April, the leaders of South and North Korea held a summit and agreed to, among other things, take steps to connect and modernize inter-Korean railways and roads as part of broader reconciliation and cooperation programs.

Kang Hoon-sik, another lawmaker from the same party, proposed a raft of bills to lay the legal groundwork to allow nearly a dozen public firms' participation in inter-Korean projects. 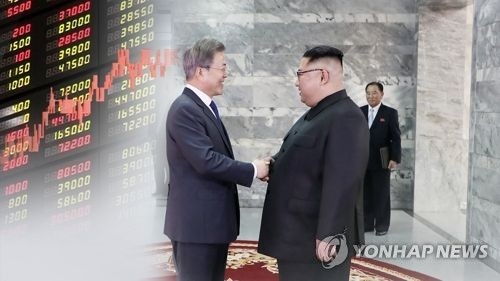