Kim and his entourage visited the presidential palace of Istana hours after he arrived in Singapore on a Chinese flight for a planned summit with Trump on Tuesday.

Kim said that if his meeting with Trump is successfully held, Singapore's efforts will be historically recognized, according to footage uploaded on the prime minister's Facebook.

The North's leader also expressed thanks to Lee over the city-state's "provision of convenience" to the North's delegation.

Kim was accompanied by Kim Yo-jong, his younger sister; Kim Yong-chol, a top party official; No Kwang-chol, the defense chief; and Ri Su-yong, a vice party chairman on international affairs.

Trump is on his way to the city-state from Canada after attending the Group of Seven leaders' meeting. 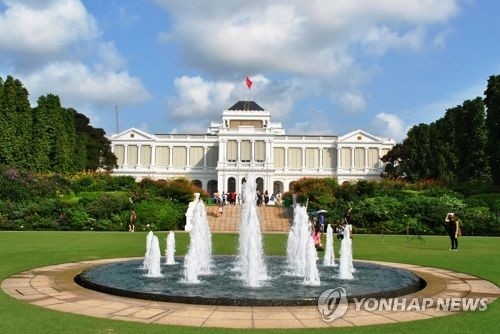