SEOUL, June 10 (Yonhap) -- An Asiatic black bear in the country has given birth to a cub through artificial insemination for the first time in the world, a national species restoration institute said Sunday.

The institute under the Korea National Park Service inseminated four female Asiatic black bears last July, and two of them gave birth to a cub each in February. But one of the cubs died early last month due to unknown reasons.

The institute carried out genetic analyses of the cubs in consideration of a possibility of natural mating and found out that the surviving one was born through artificial fertilization.

The genes of the surviving cub's mother and father were RF-04 and RM-19, respectively, said the institute, located in Gurye, 422 kilometers south of Seoul. It added it had collected sperm from RM-19 for artificial insemination. R stands for Russia, F for female and M for male.

The institute said it has succeeded in the endangered animal's artificial fertilization for the first time in the world in three years after it began to develop the artificial reproduction technology optimized for the bear. 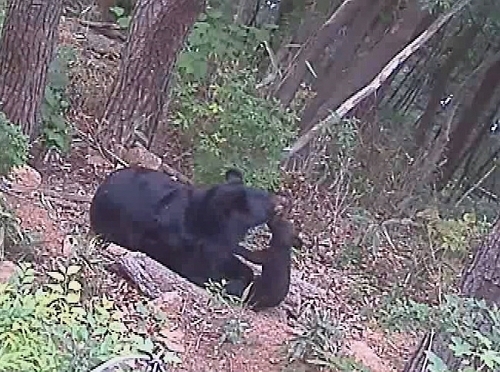