An Air China flight believed to have Kim on board made a landing at Changi Airport, according to a report by The Strait Times.

A flight route-tracking website also showed the flight that departed Pyongyang at 8:30 a.m. has touched down at the airport.

Pyongyang dispatched three different flights in one day in an apparent attempt to divert attention and keep Kim's travel discreet for security reasons. It sent a cargo plane at dawn, followed by a Chinese jet and then his private plane. On which flight Kim had boarded was not immediately known.

Trump is also on his way to Singapore from Canada, after attending the Group of Seven leaders' meeting in Canada from Friday to Saturday. He's expected to land in Singapore's Paya Lebar Air Base later in the evening. 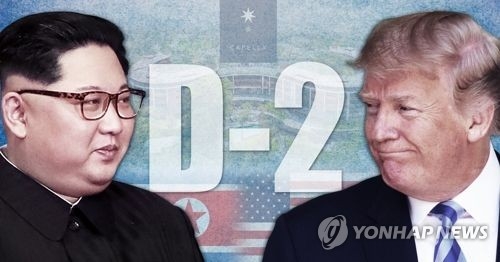