SEOUL, June 10 (Yonhap) -- South Korea's economy is expected to grow 2.8 percent with some 198,000 new jobs to be created this year, a local think tank said Sunday, a lower growth estimate compared to forecasts made by the government and central bank.

Hyundai Research Institute (HRI) said its estimate is based on the fact that both the coincident composite index and the composite leading indicators have been falling for the past year, as well as on the country's reliance on inventory investment for growth and poor employment statistics.

The private research institute then claimed that the economy as a whole may be entering a "period of recession" instead of a "simple" retreat phase.

"There is a critical need for the country to cope with downside risks at this juncture, and failure to do so in an effective manner could make it difficult to even pull off 2.8 percent annual growth," HRI said.

It lowered growth estimates in construction and facility investments while adjusting up numbers in terms of consumption.

The think tank said facility investment growth could dip to 3.9 percent, with construction expected to gain 0.6 percent from an earlier estimate of 0.9 percent. Figures for consumption edged up to 2.7 percent vis-a-vis a previous estimate of 2.6 percent.

The think tank, however, said the easing of geopolitical tensions on the Korean Peninsula and expectations of greater inter-Korean economic cooperation could bolster growth.

On the export front, HRI said Asia's fourth-largest economy could post 6.2 percent on-year gains, down from 15.8 percent growth posted for 2017.

It said that the number of new jobs will be slashed from 316,000 reported for last year, with the country's jobless rate to stand at 3.8 percent, a gain of 0.1 percentage point from 2017.

"Structural problems are holding back growth, and unless some strong steps are taken, the country can find itself falling behind," a researcher said. 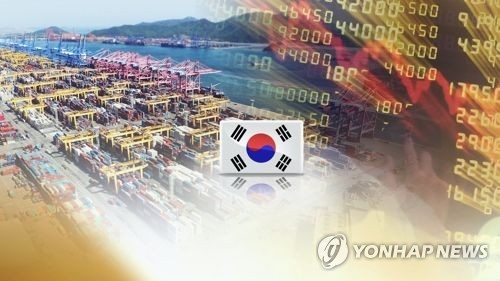