SEOUL, June 10 (Yonhap) -- The number of newly employed people rose last month at the fastest pace in 13 months, backed by fresh recruitment in the service sector, data by the Ministry of Labor showed Sunday.

The number of employed people that took out employment insurance reached 13.13 million at the end of May, up by 332,000 or 2.6 percent from a year earlier, according to the ministry.

It marks the biggest growth since April of last year, when numbers reached 344,000, the ministry said.

The ministry attributed the upbeat figure to growth in service sector hiring, which added 317,000 to the number of people insured.

Of them, 74,000 were hired for jobs related to health and welfare, with 52,000 others recruited by wholesalers. Restaurant businesses added 39,000, while 3,000 others found work in the accommodation sector.

In contrast, the manufacturing field saw the number of newly employed grow by only 2,000, dampened by the struggling shipbuilding sector in which some key players are undergoing restructuring. 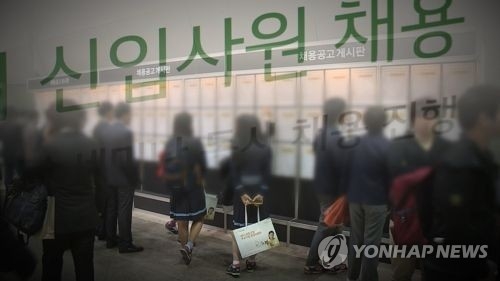 No. of newly employed rises at fastest pace in 13 months: labor ministry

No. of newly employed rises at fastest pace in 13 months: labor ministry