Several mid-tier companies have expressed interest in the North amid growing predictions that some sort of resolution can be reached on Pyongyang's decadeslong nuclear weapons program that has soured the country's relations with the outside world.

North Korean leader Kim Jong-un met with South Korean President Moon Jae-in twice this year and is expected to hold the first-ever summit with U.S. President Donald Trump in Singapore this week, which could lead to the easing of tensions and economic opening of the country to outside investment.

SM Group said it has set up a task force to check the country's mineral resources, particularly in iron ore. The group said its ownership of South Korea's sole operational iron ore mine effectively gives it an edge over others in terms of processing know-how and facilities it has on hand.

North Korea's iron ore deposits are estimated at 50 billion tons worth some 213 trillion won (US$197.7 billion).

Besides resources, companies such as Keangnam Enterprises Co. and Dong Ah Construction Industrial have said they are moving to secure a foothold in the North's building business once all sanctions are lifted.

Dong Ah said its past experience as a builder for the defunct Korean Peninsula Energy Development Organization that moved to build a light water reactor for Pyongyang could help it win future orders, especially in power infrastructure work areas.

Keangnam said that its participation in Seoul's Official Development Assistance program for emerging economies will make it easier for it to engage in similar projects in the North if conditions permit.

"Work in the North will be a win-win development for all sides, and this is the reason why the company is looking into the matter," a source at the shipping line said.

Besides medium-size companies, the large conglomerate Lotte said it has set up a team that can expand business ties not only with North Korea but also Russia and China.

Meanwhile, there has been growing interest by local companies who want to set up operations at Kaesong Industrial Complex in North Korea, which has been shuttered following the North's nuclear and long-range missile provocations.

Dong-a Publishing said it wanted to take advantage of the low labor costs to set up business in Kaesong.

The company said due to the labor intensive work in the publishing field it makes sense to move its plant to the North.

Related to such moves, a business group representing South Korean firms that had operated factories in Kaesong said recently that upwards of 20 companies a day have called to make inquiries about opening new factories in the special economic zone. 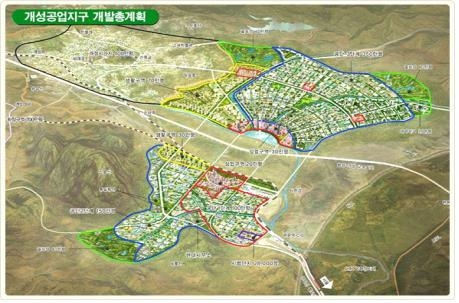