SINGAPORE, June 11 (Yonhap) -- Senior North Korean and U.S. diplomats will hold talks in Singapore on Monday in a bid to come up with a draft agreement to be presented to the leaders of the two countries, according to officials.

It comes the day before a historic summit between the communist nation's leader Kim Jong-un and President Donald Trump.

Choe and Kim already had several rounds of discussions at Panmunjom, along the inter-Korean border, that were reportedly focused on summit agenda items, including denuclearization and security assurance measures. 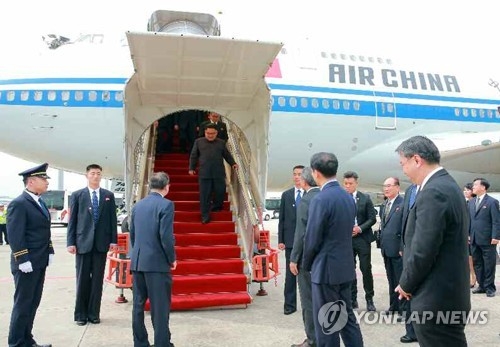 He soon had a meeting with Singapore's Prime Minister Lee Hsien Loong at the Istana palace, during which he expressed gratitude for providing logistical support for the summit. 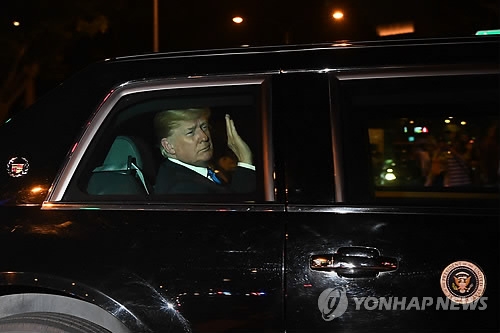 Trump also flew into Singapore the same day shortly after attending the Group of 7 summit in Canada. He is scheduled to sit down together with the Singaporean prime minister at the Istana later Monday.