SEOUL, June 11 (Yonhap) -- South Korea will adopt a quality certification system for the country's tourism sector as part of its drive to seek qualitative growth, the government said Monday.

Under the revised Tourism Promotion Act, businesses can apply for the certificate to the Korea Tourism Organization (KTO) starting Thursday, according to the Ministry of Culture, Sports and Tourism.

The state-run tourism promotion agency will issue the certificate, valid for three years to lodging businesses and duty-free operators that have facilities and services for tourists' convenience, experts to serve them, and a system to control safety after a document review and an on-site evaluation, it said.

Businesses that receive the certificate will be provided with various support from the government, ranging from services to improve their sanitation and safety to expansion of advertisement channels, the ministry said.

As of February last year, 84 certification systems for the tourism sector are operated by local governments and public institutions, making it difficult for visitors to find credible information.

"We expect the new system to change the tourism companies' awareness of their services and lead to overall growth of the industry through systematic quality control and advertisement," a ministry official said.

South Korea has been seeking qualitative growth of the country's tourism industry to overcome its weakness to external factors, such as global politics and economic issues.

A total of 13.3 million foreigners visited South Korea last year, down 22.7 percent from a year earlier, according to the KTO data.

The drop had been widely expected following China's ban on sales of Korea-bound group tours in March last year in retaliation for Seoul's decision to deploy a U.S. missile defense system. 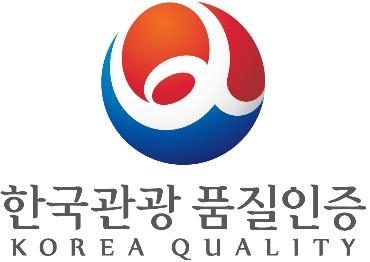