TOKYO, June 11 (Yonhap) -- Peace on the Korean Peninsula will usher in a new era for the economic side and serve as a cornerstone for Asia's prosperity, South Korea's chief economic policymaker said Monday, urging Asian nations to ramp up support for the rapprochement mood in the region.

In a keynote speech at the 24th International Conference on the Future of Asia, Seoul's Finance Minister Kim Dong-yeon said there have been many changes in the regional security landscape.

"The two Koreas have held two round of summit talks, and the leaders of the U.S. and North Korea are scheduled to meet tomorrow," Kim said. "Should the talks produce good results, we can see a new opportunity in terms of the economy."

U.S. President Donald Trump and North Korean leader Kim Jong-un are set to hold the first-ever summit between incumbent leaders of the longtime foes in Singapore on Tuesday, with their agenda, including denuclearization, permanent peace on the Korean Peninsula and other matters.

Kim and Trump both arrived in Singapore on Sunday.

Seoul's finance minister said a series of dialogue with North Korea will benefit the world in addition to peace in the North Asian region.

"I urge all of you to support economic cooperation (with North Korea) and the establishment of peace (on the peninsula)," Kim said. 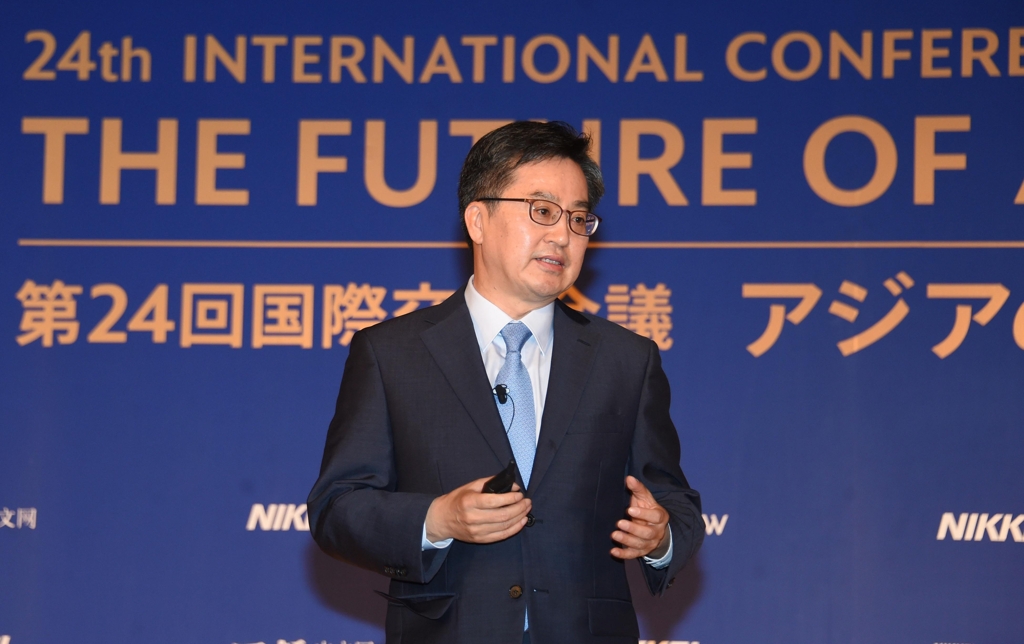