SEJONG, June 11 (Yonhap) -- The country's consumer price growth is expected to remain stable in the 1 percent range as a rise in oil prices is offset in part by a decline in prices of agricultural goods, a senior government official said Monday.

South Korea's consumer price growth remained above 1 percent in May on a rise in prices of agricultural goods and services, earlier government data showed.

The country's consumer price index climbed 1.5 percent last month from a year earlier, slightly decelerating from the previous month's 1.6 percent on-year gain, according to the data compiled by Statistics Korea.

"Prices of some agricultural goods has been stabilizing on the back of increased supply, and global oil prices are expected to also remain stable down the road," Ko said.

The May figure is well below the Bank of Korea's target of 2 percent for the year, stoking speculation that the central bank's monetary tightening will be pushed forward at a gradual pace in the coming months. 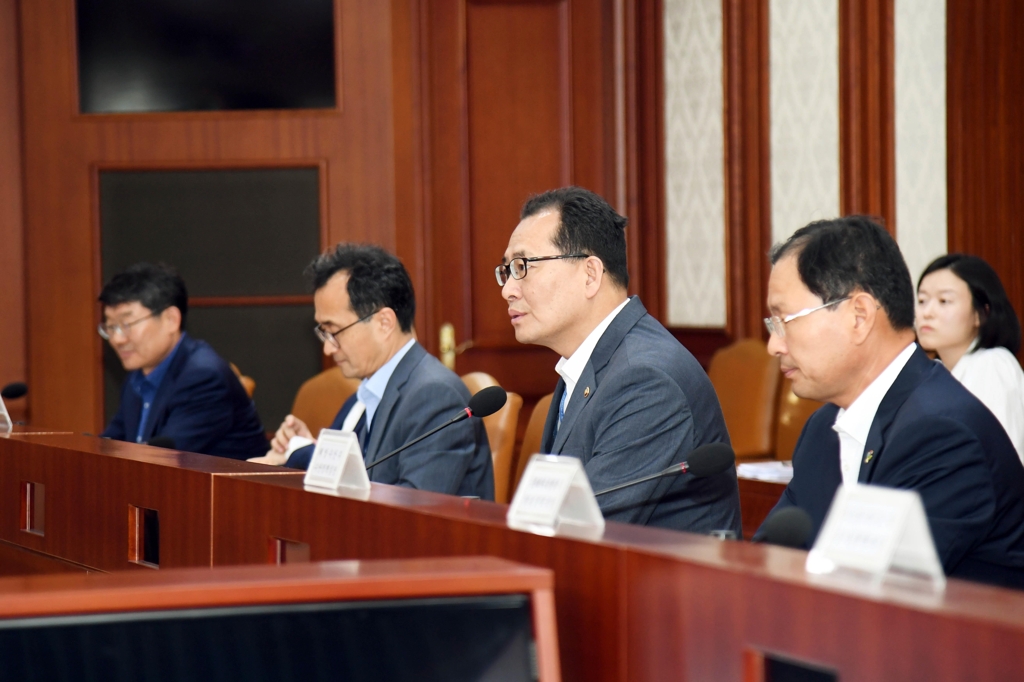