The deposits for stock funds stood at 62.7 trillion won (US$24.84 billion) as of the end of last year, down 2.9 percent from the previous month, according to the data compiled by the Korea Financial Investment Association (KOFIA).

Overall, the net inched up 0.12 percent to come to 555.8 trillion won, according to the KOFIA. The figure hit an all-time high in mid-May, soaring to 563.3 trillion won, but has lost ground ever since.

U.S. President Donald Trump once changed tack in May on his planned talks with North Korean leader Kim Jong-un due to what he called continued hostility toward his country by the North Korean side, which stoked fears of deterioration in inter-Korean ties and a peace mood on the Korean Peninsula.

Overcoming some friction over the course of the preparations, however, Trump is finally set to meet with Kim in Singapore on Tuesday.

"Instead of shedding stock funds, investors seem to move to safer assets such as funds like real estates and bond funds," a KOFIA official said. 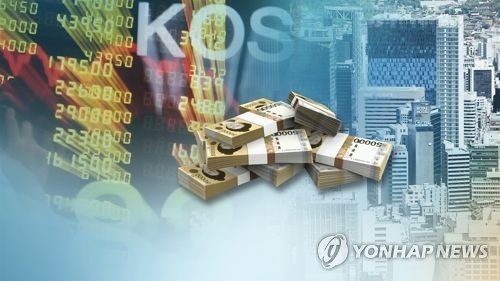