The hacking attack took place on Sunday and Coinrail reported the incident to the police, according to a statement posted on its website.

Coinrail said about 70 percent of its cryptocurrencies were moved to a more secure "cold wallet," which can transfer coins into a platform that is not connected to the Internet. 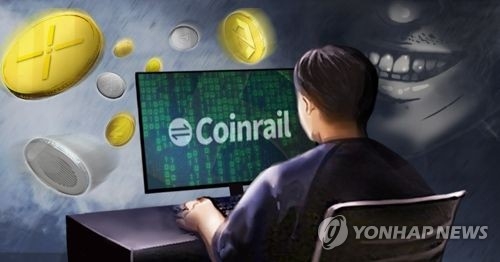 Trading has been suspended and Coinrail is fully cooperating with the probe into the hacking, the exchange said.

The hacking of Coinrail sent prices of cyrptocurrencies into a tailspin, with the price of bitcoin falling 6.22 percent to 7.5 million won on Monday afternoon, according to Bithumb, one of South Korea's top three exchanges.

Last December, a local cryptocurrency exchange, YouBit, was forced to shut down after a hacking attack.
(END)