SINGAPORE, June 11 (Yonhap) -- A South Korean presidential aide expressed expectations on Monday that the upcoming summit between U.S. President Donald Trump and North Korean leader Kim Jong-un will yield a positive result, though they may engage in an intense tug of war.

Nam Gwan-pyo, a deputy director of the presidential National Security Office, made the remarks ahead of the historic encounter slated to take place in Singapore on Tuesday.

"Although we expect an intense tug of war between the two sides to continue until the end of tomorrow's summit, we expect a good outcome," the presidential aide said during a press briefing in Singapore.

"We have come a long way and are well aware that a long journey lies ahead of us. We hope that tomorrow's summit will help dissolve the world's last remaining vestige of the Cold War and open the door wide for peace and prosperity on the Korean Peninsula," he added.

Earlier in the day, U.S. and North Korean officials held last-stage negotiations apparently over sensitive summit agenda issues such as the sequence and pace of Pyongyang's nuclear disarmament process and security assurances in return for it.

During the briefing, Nam noted that the planned summit is a product of efforts by the leaders of the two Koreas and the United States to "boldly break with past practices and open a new future." 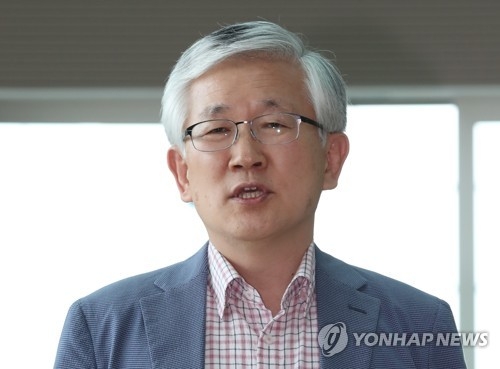