SEOUL, June 11 (Yonhap) -- South Korean national baseball team manager Sun Dong-yol on Monday defended some controversial selections for the Asian Games, saying he made the choices based on the players' youth and abilities, not their military status.

Sun unveiled his 24-player roster on Monday for the Aug. 18-Sept. 2 Asian Games in Jakarta, Indonesia. The Asian Games carry more significance for some athletes -- not just baseball players -- than others, because winning an Asian Games gold medal gives males athletes exemptions from mandatory military service. Healthy South Korean men between 18 and 35 must serve in the armed forces for about two years. 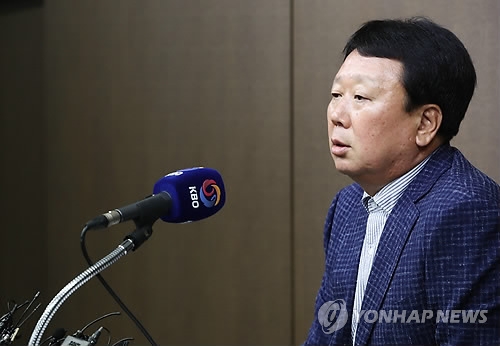 Both players had drawn plenty of interest ahead of Sun's final selection. They could have signed up for the military baseball team, Sangmu, or the National Police Agency team to complete their conscription, but both rolled their dice and decided to stake their hopes on making the Asian Games team.

Only players under 27 can apply for Sangmu or police teams, and Oh and Park both turned 28 earlier this year. If they hadn't made the Asian Games roster, they would have had to begin their military service as early as this fall.

South Korea, a two-time defending Asian Games champion, is once again a favorite to win the gold.

Oh and Park are among seven players out of 24 who either haven't completed their military service or haven't received exemptions from previous competitions. Sun declared that Oh and Park were chosen as backups. 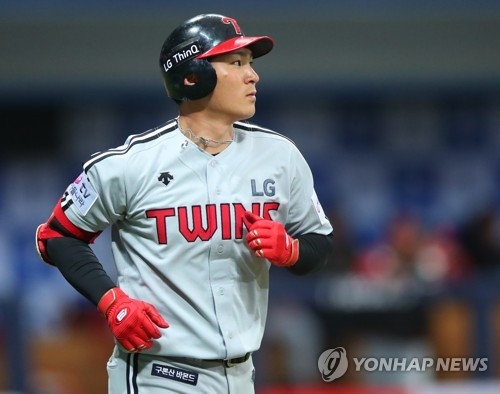 "Park Hae-min can be a defensive replacement or a pinch runner, and Oh Ji-hwan will back up Kim Ha-seong," Sun said, as Kim, a hard-hitting All-Star for the Heroes, was quickly anointed as the starting shortstop. "We considered picking utility players who could play multiple positions. But our coaches said there wasn't anyone versatile enough to be selected, and we stuck to those who could play one position well."

Oh and Park are batting at and above .300, though there are 27 other players who could make the same claim in this offense-happy league. Park offers speed off the bench, with 152 steals over the past three years and 14 more in 65 games this year. Oh doesn't hit for as much power as Kim Ha-seong or bring much speed, and despite what advanced stats show this year, Oh still has a reputation as a defender who makes routine plays look difficult.

Granting athletes exemptions based on results at international events has become an increasingly touchy issue among the public, especially since some athletes in recent years have received what detractors call free rides -- baseball players who mostly rode the pine or football players who saw less than 10 minutes of action.

There are a couple of other eyebrow-raising choices who haven't completed their military service.

Choi Chung-yeon of the Lions, a 21-year-old right-hander, is on the national team despite a pedestrian 4.46 ERA in 32 appearances with a 1-4 record, two saves and seven holds.

Choi isn't even the best reliever on his own club, as right-hander Sim Chang-min is enjoying a bounce-back season with a 2.86 ERA and a 4-0 record in 30 appearances.

Park Min-woo, a 25-year-old second baseman for the NC Dinos, is only batting .274 with an on-base percentage of .319 this year, down from career-highs of .363 and .441 in those categories in 2017. But he will still be one of six infielders in Indonesia, likely as a backup to Kia Tigers' An Chi-hong, currently the KBO leader with a .413 batting average. 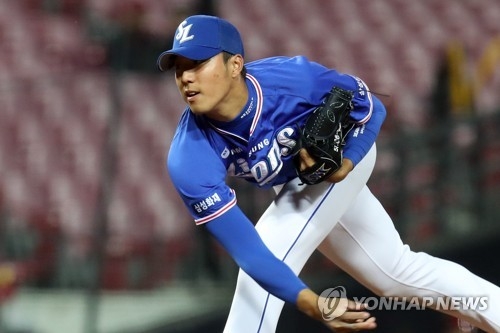 "I barely even thought about players' military situations," Sun said. "It's going to be really hot in Indonesia. In the middle of August, I felt some veteran players would have a hard time there, and we needed some young bloods. And for the sake of our long-term future, we needed to give younger players a chance to play."

Sun went with three pitchers with a sidearm delivery, but leaving Sim off in favor of Kia's Im Gi-yeong, who's struggling to the tune of a 5.65 ERA in 10 appearances, was also a head-scratcher.

When pressed about the omission of Sim, Sun instead compared him to another sidearmer, Park Chi-guk of the Doosan Bears, without mentioning Im. Park has a 2.70 ERA with a 1-3 record in 34 games, and his other counting stats are pretty much a wash when compared to Sim's.

Sun said Park has been better when pitching on back-to-back days this year and has compiled a higher wins above replacement (WAR) so far this year.

Sim has pitched on two straight days four times and three straight days once. On the last days of those occasions, he allowed five earned runs in 5 2/3 innings.

Park has been asked to pitch on consecutive days nine times this year and has allowed five earned runs in 9 2/3 innings on the second days of those outings.