Speaking to reporters ahead of Tuesday's summit between U.S. President Donald Trump and North Korean leader Kim Jong-un, Pompeo singled out "verification" as the missing element in previous agreements to curb the North's nuclear ambitions.

"The 'V' matters," he said in reference to the acronym for the U.S. aim of complete, verifiable and irreversible denuclearization (CVID) of North Korea. "We're going to ensure that we set up a system sufficiently robust that we're able to verify these outcomes, and it's only once the 'V' happens that we will proceed apace."

He refused to discuss in detail the negotiations that continued to take place in Singapore on the eve of the summit. Senior diplomats from the United States and North Korea had at least two rounds of talks on Monday to hammer out a potential agreement to dismantle the regime's nuclear weapons program in exchange for security guarantees.

Pompeo said the negotiations were moving "quite rapidly" and that he anticipated the two sides to "come to a logical conclusion even more quickly than we anticipated."

He also said Trump has offered a brighter future for North Korea if it denuclearizes and that it will become clear Tuesday whether Kim "truly shares this vision."

Washington is prepared to provide security assurances that are "different" and "unique" compared to those the U.S. has been willing to offer before, but a lot of work still remains, according to the top U.S. diplomat.

Meanwhile, he added that CVID is the only outcome the U.S. will accept and that sanctions on North Korea will remain until that goal is achieved. 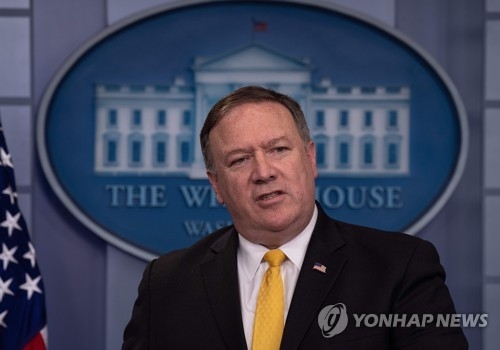