Seoul Central District Prosecutors' Office asked the court to sentence Choi to eight years in prison and to fine him 200 million won (US$185,870) on charges that he took 100 million won from the National Intelligence Service in 2014, while serving as finance minister.

The prosecution also recommended that the court require Choi, currently a lawmaker of the main opposition Liberty Korea Party, to forfeit 100 million won.

Prosecutors believe Choi, a close ally of ousted President Park Geun-hye, was bribed by the spy agency to keep its off-book funds when opposition parties at the time sought to scale them down on the grounds that such funds couldn't be traced.

They also said Choi was far from contrite over his action and only made irrational claims to defend himself.

Choi told the prosecution, "I swear by my 40 years in public life that I've never received that 100 million won."

Chio's attorneys said the prosecution was only intent on "political retaliation" and that Choi had always been clean when it comes to bribery, to a point of being obsessive about not accepting any illicit cash.

The sentencing hearing for Choi will be on June 29. 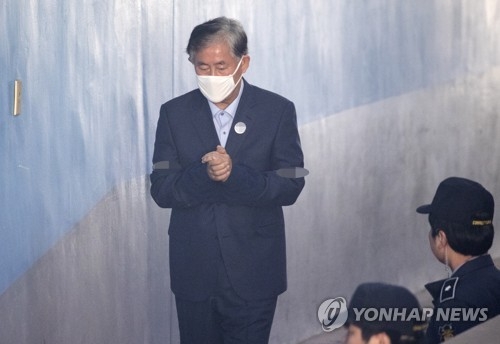