SAINT PETERSBURG, Russia, June 11 (Yonhap) -- South Korea are readying for their stay at their World Cup base camp as the national football team's supporting staff arrived in Russia's second-largest city to lay the groundwork in Russia.

The Korea Football Association (KFA) said three officials of its national team supporting crew arrived in Saint Petersburg on Sunday for advance work for South Korea's base camp during the 2018 FIFA World Cup.

Before the team left for their pre-World Cup training camp in Leogang, Austria, the KFA had already sent one ton of national team gear and equipment to Saint Petersburg.

South Korea will use New Peterhof Hotel as their team residence and will train at Spartak Stadium in Lomonosov. 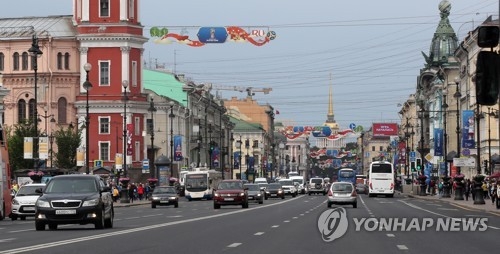 The Taeguk Warriors will open their World Cup campaign against Sweden at Nizhny Novgorod Stadium in Nizhny Novgorod on June 18. South Korea will then face Mexico at Rostov Arena in Rostov-on-Don on June 23 and take on Germany four days later at Kazan Arena in Kazan.

Saint Petersburg is approximately 1,140 kilometers away from Nizhny Novgorod and 1,824 km away from Rostov-on-Don. It's also 1,540 km from Kazan. All three venues are about a two-hour flight from Saint Petersburg.

South Korea players will try to stay in shape and make themselves fit for the match during their stay in Saint Petersburg, although they do have to deal with the city's tricky weather and white night.

Sunrise time in Saint Petersburg this week is around 4 a.m., while sunset time is predicted to be around 10 p.m. The national team, however, said its players can adjust to the environment as their pre-base camp in Leogang, Austria, also had long daytime hours.

"We've ordered blackout curtains at our residence," a KFA official said. "Since the national team also trained in Leogang, the players will not have big difficulties adjusting to white night here." 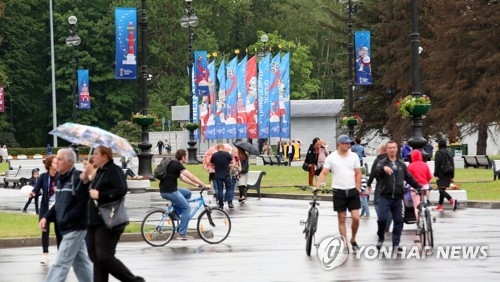