SEJONG, June 12 (Yonhap) -- New types of housing loans available exclusively to newlyweds have grown in size and popularity since their introduction in January this year, the land ministry said Tuesday.

Some 2.23 trillion won (US$2.07 billion) was taken out in such loans in the February-April period, a more than six-fold jump from the same period last year, according to the Ministry of Land, Infrastructure and Transport.

The government released upgraded versions of the newlywed housing loans on Jan. 29, one for property leases and the other for home buying. Both are offered at lower interest rates, with the amount lent varying according to the location of the home.

Ministry data showed there were 8,936 home buying loans worth a total of 1.2 trillion won. Loans for home leases came to 12,293, or slightly over 1.02 trillion won.

Officials said the majority of the applicants had been waiting for the loans since the government pre-announced them in November last year. Housing demand in metropolitan areas was also high at the start of the year, they said.

The ministry is expected to launch another type of exclusive loan late this month or early next month for youths to help them save money to buy or rent their own homes. 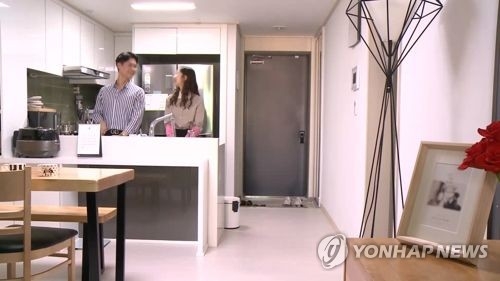