SEOUL, June 12 (Yonhap) -- Financial companies took more than 890 corrective measures last year after internal inspections, some 47.5 percent of them having to do with amending operational practices, the Financial Supervisory Service said Tuesday.

A total of 221 financial firms took part in the voluntary inspection system introduced in 2014. The system allows companies to self-correct wrong practices that are light in damage and have few affected people. The findings are reported to the regulator, which confirm where the changes are being implemented.

Results showed 893 actions taken by the firms last year, the largest portion of them on improving the internal operations. Another 35.2 percent were on changing unreasonable practices, 15.2 percent on measures against staff members and 2.1 percent on issuing warnings to employees. The number of actions is 63 fewer than in 2016.

The firms conducted self-inspections on 59 categories, down four from last year. 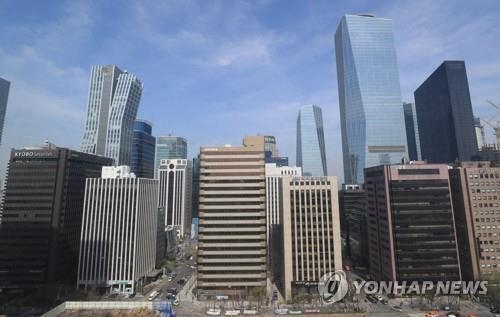