Oh wasn't charged with any earned runs in one inning of relief work, as the Tampa Bay Rays defeated the Jays 8-4 at Tropicana Field in St. Petersburg, Florida, on Monday (local time).

But after taking over from John Axford with men at the corners and nobody out in the bottom seventh, Oh gave up a sacrifice fly to allow the runner at third to score the Rays' eighth run.

Oh's own ERA went down from 3.77 to 3.64. This was his first outing since Friday's contest against the Baltimore Orioles.

Oh entered Monday's game in a tough spot, with the Rays having already scored twice to take a 7-4 lead on Axford's throwing error with the bases loaded. And the first batter Oh faced, Willy Adames, hit a fly ball to deep right field as C.J. Cron tagged home from third to make it 8-4.

The right-hander then gave up a single to Mallex Smith, and Joe Wendle moved from first to third on the play to once again put runners at the corners for the Rays.

But Oh prevented further damage as he struck out Carlos Gomez on a high four-seam fastball at 90.5 miles per hour and got Rob Refsnyder to pop out to second base.

Prior to this game, Oh had stranded eight of 13 inherited runners. 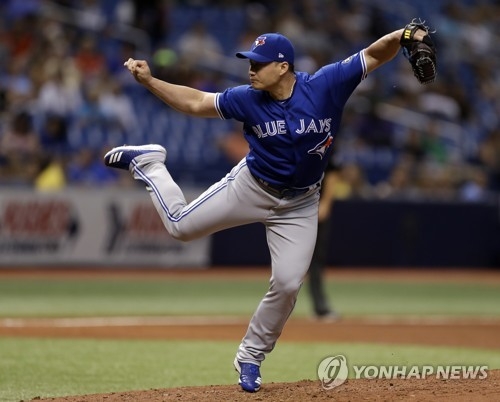