SEOUL, June 12 (Yonhap) -- South Korean stocks traded lower Tuesday morning, as investors moved to lock in profits from gains in the previous session while the leaders of the United States and North Korea hold talks in Singapore.

After opening slightly higher, the KOSPI extended gains on the back of solid buying by retailers. But earlier gains evaporated on heavy sell-offs by foreign investors.

The historic meeting between U.S. President Donald Trump and North Korean leader Kim Jong-un is now under way in Singapore for a showdown on the North's nuclear weapons program. In his opening remarks, Trump said he and Kim will have "a great discussion" and "a terrific relationship."

The local currency was trading at 1,075.4 won against the U.S. dollar, down 0.2 won from the previous session's close. 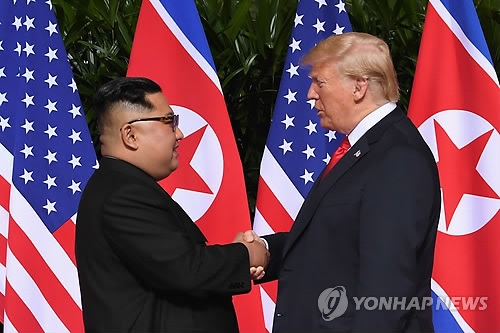