The ad was launched on Sunday for a three-day run to advertise its flagship smartphone, the G7 ThinQ, and celebrate the fifth anniversary of the boy band's debut, according to the company.

The Korean electronics giant has been beefing up efforts to expand its presence in the North American market, and it released the new smartphone model in the United States and Canada on June 1. 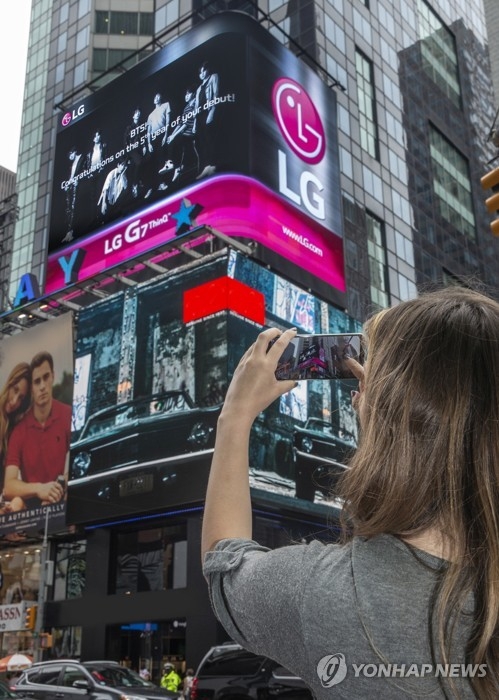