SEOUL, June 12 (Yonhap) -- Hyundai Rotem Co., a train and defense company, said Tuesday it will promote its K2 Black Panther main battle tank for export at a biennial exhibition being held this week in France.

In the five-day 2018 Eurosatory Defense Exhibition, which runs through Friday, Hyundai Rotem plans to show off the K2 and wheeled armored vehicles and win contracts from clients in Europe, Africa, Asia and the Middle East, the company said in a statement.

In 2008, the company exported the tank's key technologies to Turkey and has stepped up efforts to increase exports of the fighting vehicles. The unit cost of the K2 stands around 8 billion won (US$7.4 million) per unit, with the vehicles being developed in Korea using locally acquired technology, it said.

This is the first time that Hyundai Rotem is represented at the 50-year-old exhibition. This year, 1,700 defense companies from 60 countries are participating in the exhibition, the statement said. 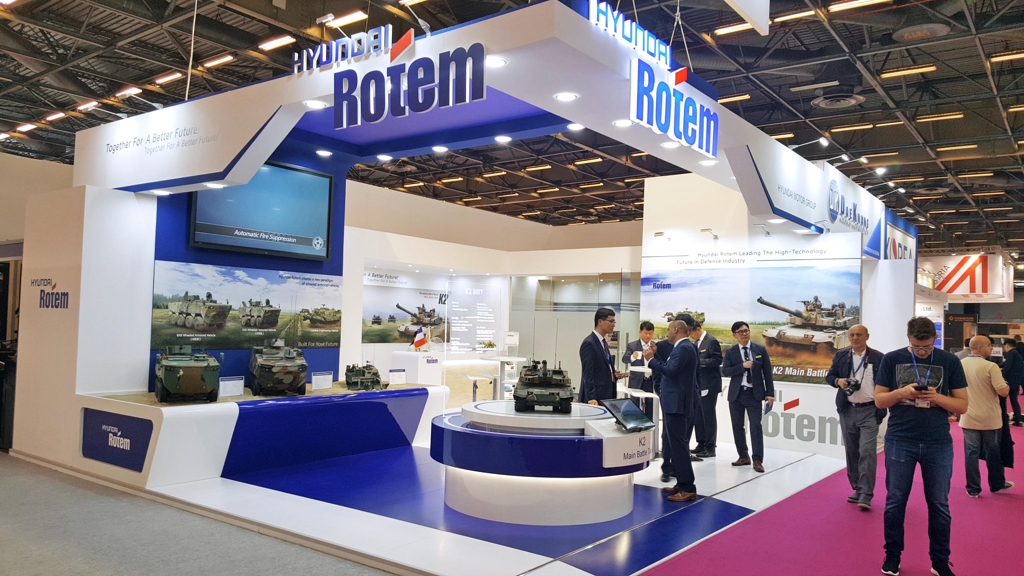