SEOUL, June 12 (Yonhap) -- Samsung Electronics Co. on Tuesday called for a retrial of the latest ruling by a U.S. court, which ordered the South Korean tech giant to give Apple Inc. US$539 million for design infringement.

According to industry sources and Samsung, the South Korean giant claimed that the amount from the latest ruling is excessive, demanding that the U.S. District Court in San Jose, California, reconsider the ruling.

The conflict between the two companies surrounding the alleged design infringement started in 2011, with the court ruling in May ordering Samsung to compensate Apple.

Shortly after the court ruling, Samsung said it would "consider all options to obtain an outcome that does not hinder creativity and fair competition for all companies and consumers." 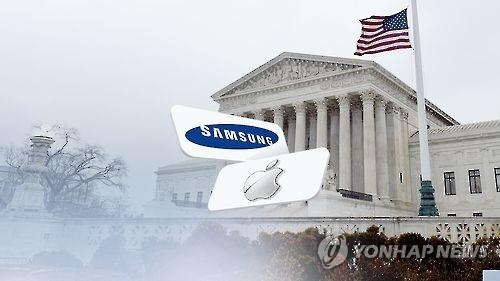