SEOUL, June 12 (Yonhap) -- South Korea's top diplomat was briefed by her American counterpart on Tuesday on the results of the North Korea-U.S. summit talks and delivered a congratulatory message for the "success" of the historic event.

Foreign Minister Kang Kyung-wha had phone talks with Secretary of State Mike Pompeo shortly after the meeting between President Donald Trump and the North's leader Kim Jong-un, according to her ministry.

Pompeo briefed the minister on the summit results, including a joint statement on denuclearization, a peace regime and a vision for new relations between Pyongyang and Washington. 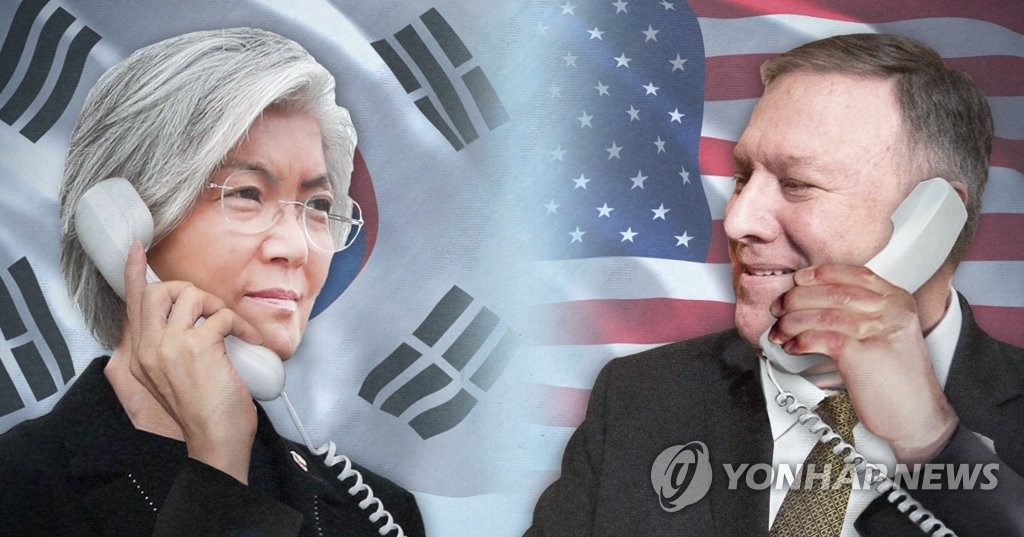 Kang congratulated him on the successful summit, and they agreed to strengthen "coordination and communication" between the diplomatic authorities of the allies to achieve the complete denuclearization of the peninsula and permanent peace on the basis of the summit accomplishments, the ministry said.

They plan to have additional discussions on the matter when Pompeo makes a two-day trip to Seoul from Wednesday.

Earlier in the day, he said he had spoken with Kang and his Japanese counterpart Taro Kono over the phone.

In a Twitter message, he said he "just spoke with FM Kono & FM Kang to provide a brief readout of today's meeting btw @POTUS & Chairman Kim at #singaporesummit."