GYEONGJU, June 12 (Yonhap) -- A small amount of coolant leaked from a nuclear reactor in the southern part of South Korea, but no significant radiation leakage was reported, the plant's operator said Tuesday.

A total of 3,630 kilograms of the coolant, 1.7 percent of the total, was leaked from the Wolseong-3 reactor located in Gyeongju, 370 kilometers south of Seoul, at around 6:44 p.m. Monday, the state-run Korea Hydro & Nuclear Power said. It said the incident occurred because of a mistake by an on-site worker.

A total of 29 workers were exposed but none were affected in any serious way, it said.

The leaked coolant was all collected and will be reprocessed for reuse, the company said.

Currently, South Korea operates 24 nuclear reactors, which generate about 30 percent of its electricity. 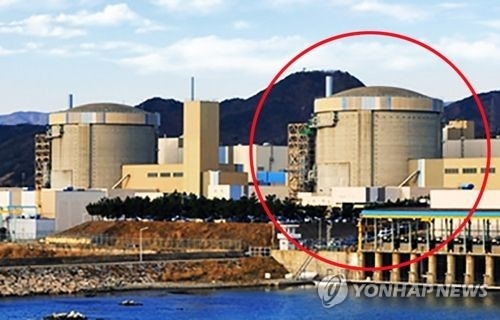