After holding the talks in Singapore, the two leaders signed a four-point joint statement in which Kim reaffirmed his commitment to the complete denuclearization of the peninsula.

"We will focus on strengthening our ties with the northern region, not only regarding humanitarian assistance, but also including the expansion of social and cultural exchanges," a Lotte Group official said.

Lotte, South Korea's fifth-largest conglomerate, earlier announced its plan to form a task force to expand its presence in the northern region, including North Korea, Russia and three provinces in northeastern China.

The company is known to be considering entering into the North with its confectionery and beverage business, according to industry sources.

Another South Korean foods company, Sempio Co., also earlier said it is keeping an eye on the circumstances surrounding the Korean Peninsula for possible business opportunities.

Industry watchers have been focusing on the summit for possible lifting of international sanctions on Pyongyang, a key precondition for local firms to enter the North. 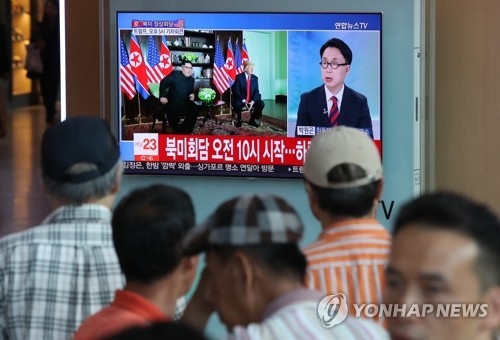