As of 9 a.m., 7.7 percent of all eligible voters have turned out to cast their ballots, the election watchdog said. 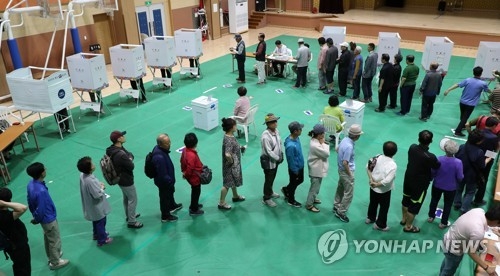 It is the first time that the two types of elections will be held simultaneously.

Turnout in the two-day early voting period came in at 20.14 percent, higher than the 11.5 percent for the 2014 local elections, the NEC said.

A higher-than-expected turnout for the advance voting is drawing attention to whether turnout for Wednesday's elections could surpass 60 percent.