South Korea will open their 2018 FIFA World Cup Group F campaign against Sweden in Nizhny Novgorod, Russia, on Monday before they meet Mexico and Germany. After completing their training in Austria, South Korea's 23-man squad arrived at their World Cup base camp in Saint Petersburg on Tuesday.

Sweden also arrived at their World Cup base camp in Gelendzhik on Tuesday and started their training, but Swedish media pointed out their main training ground, Spartak Stadium in Gelendzhik, is exposed too much, making it difficult for their national team to practice set pieces and other tactical moves. Swedish media said that it is possible to see everything happening on the pitch from the tall building located right next to the field. 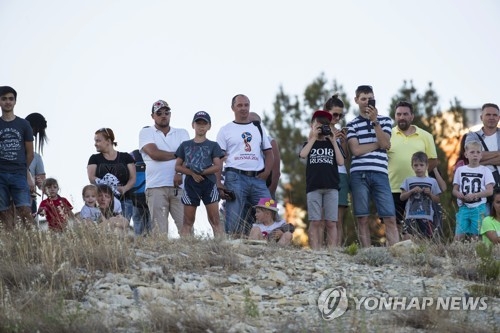 Against this backdrop, Sweden were reportedly concerned about South Korean scouts watching their training, but Shin denied the possibility.

"I didn't really think about sending scouts there," Shin told reporters at a press conference. "But if there are people who want to help us, I want them to take photos and send video footage of Sweden's training to us."

A national team official, however, said later that Shin would have not said they're going to send a scout even if they already dispatched their staff to Gelendzhik.

"Of course, we won't reveal it even if we had sent a scout there," an official said. "That must be kept secret."

Protecting their game plans from opponents has been one of the key factors ahead of their clash in Nizhny Novgorod. Before coming to Russia, South Korea played against Senegal in their tuneup match in Austria behind closed doors to hide their possible tactics for the World Cup.

Sweden, however, said it already got information of the match, and their scout Lars Jacobson even watched South Korea's closed training session in Leogang, Austria, after borrowing a house close to the field.

"When I first came here, the organizers said this place is a well-protected place because there are military facilities nearby," the 47-year-old coach said. "I had no concern of others spying on us while we train here." 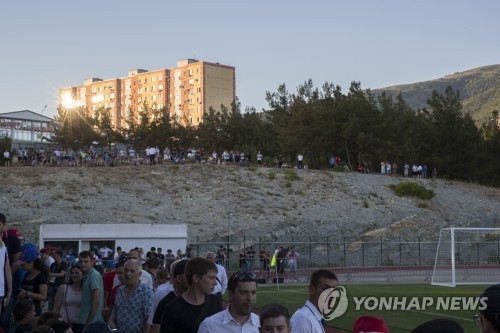