SEOUL, June 14 (Yonhap) -- A new documentary has been released on the unified Korean women's hockey team at the PyeongChang Winter Games, featuring behind-the-scenes footage and interviews with key figures to shed light on their unprecedented Olympic experience.

The Olympic Channel, an Internet television service operated by the International Olympic Committee (IOC), unveiled the documentary, titled "We Are One," on Wednesday. Named after the popular chant by spectators for the Korean women's hockey players during PyeongChang 2018, the 37-minute documentary chronicles the journey of the historic, headline-generating team hailed as a symbol of peace. 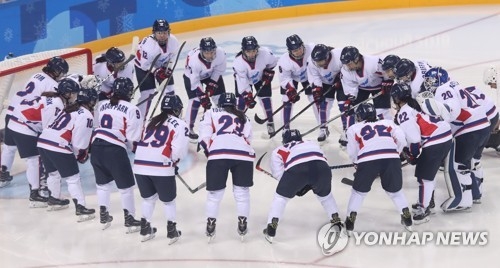 On Jan. 20, the IOC opened the door for North Korea to compete at PyeongChang 2018 -- the first Winter Olympics to take place in South Korea -- by granting special, additional quotas to 22 athletes in three sports and five disciplines. The Koreas agreed to march behind one flag at the opening ceremony, but more significantly, they also decided to compete as one team for the first time in Olympic history, with 12 North Korean women's hockey players joining 23 South Koreans.

The documentary takes the viewers behind the scenes to capture nervous and awkward introductions when the North Korean players crossed the border on Jan. 25. It then follows them through the team's four games in the women's hockey tournament and their emotional farewells at the closing ceremony.

Head coach Sarah Murray and her assistant Rebecca Baker speak about their early adjustments and how they struggled to communicate with North Korean players because of their lack of common terminology.

Randi Heesoo Griffin, a Korean-American who scored the first Olympic goal for the team, is among the athletes interviewed for the documentary, along with No. 1 goalie Shin So-jung and top blueliner Marissa Brandt.

Kim Hyang-mi and Kim Un-hyang, two of the dozen North Korean players who mostly didn't speak to media during the Olympics, also opened up to the Olympic Channel to talk about their experience.

"This past February, the world gathered together in PyeongChang for 17 days of peace, sport and culture," said Mark Parkman, general manager of the Olympic Channel. "Many will remember the emotional reception that the Korean unified team received as they entered Olympic Stadium during the opening ceremony, and we are honored to tell their story as they showed the world what can be accomplished when we work together."

The documentary is available online at www.olympicchannel.com. 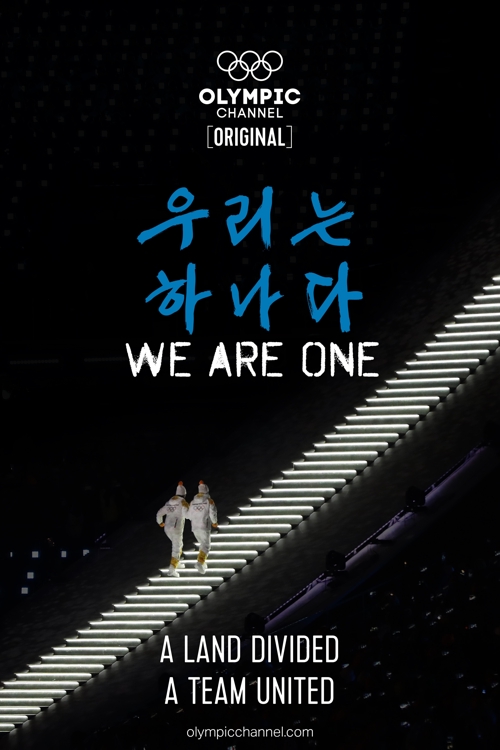