SEOUL, June 14 (Yonhap) -- A Chinese daily newspaper named Samsung Electronics Co.'s Galaxy S9 smartphone as one of the best handsets released in the country over the first half of 2018, industry sources said Thursday.

According to the report by Southern Metropolis Daily, the Galaxy S9 received the highest grade among 10 major handsets studied, beating rivals in terms of design and innovation.

Huawei's P20, however, was considered to have a better camera than the Galaxy S9, as the Chinese device came with three lenses on the back.

The Southern Metropolis Daily report is significant as Samsung Electronics has been struggling to expand its presence in the Chinese market, as its performance in the region has faltered over recent years.

According to data compiled by industry tracker Strategy Analytics, Samsung Electronics posted a market share of 1.3 percent in China over the January-March period of 2018.

Huawei stood as the biggest player at 21.2 percent, followed by OPPO, Vivo, and Xiaomi with 17.4 percent, 15.1 percent, and 13 percent, respectively, the Strategy Analytics data showed. Apple accounted for 9.4 percent over the cited period. 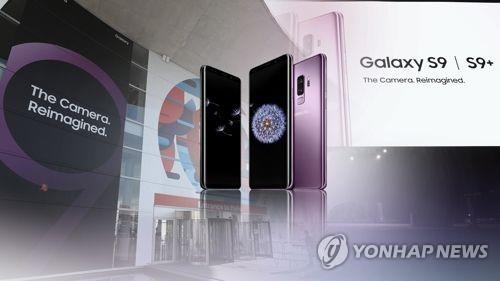