SEOUL, June 14 (Yonhap) -- The U.S. Federal Reserve's rate hike will have a limited impact on the financial market, but South Korea will prepare for potential fallout as the Fed signals faster-than-expected rate hikes down the road, a senior government official said Thursday.

As widely expected, the U.S. Fed raised its rate by a quarter of a percentage point to a range of between 1.75 percent and 2 percent but indicated that two more rate hikes may come this year, compared with one previously predicted.

"The Fed's rate hike this time should have only limited impact on South Korea," Deputy Finance Minister Ko Hyung-kwon said in a meeting with senior officials from the Bank of Korea and the Financial Services Commission.

There have been concerns over a capital outflow stemming from the gap between key South Korean and U.S. interest rates, but Ko said there is a slim chance of a drastic capital outflow.

South Korea suffered a net capital outflow of 8.2 trillion won (US$7.65 billion) from the local stock and bond markets between May and July 2006, when the U.S.-South Korean rate gap stood at 1 percentage point.

That translated into a monthly average of 2.7 trillion won, nearly thrice the amount of capital outflow when the rate difference was 0.5 percentage point or below.

"Market rates could rise, and companies and households will be able to withstand that," Ko said. "But the government will take actions should there be any negative impact on the economy." 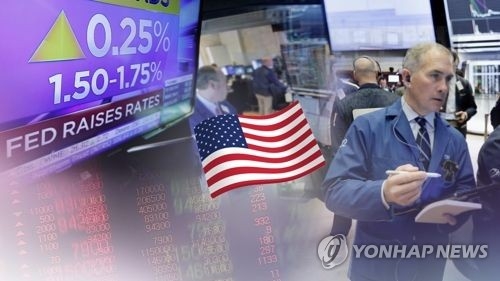