The Korea Ice Hockey Association (KIHA) said Paek, a two-time Stanley Cup champion with the Pittsburgh Penguins in 1991 and 1992, will stay at the helm through June 2021. In addition to being the men's bench boss, Paek has also been the KIHA's national team director, overseeing the women's senior squad, the men's under-20 side and the men's and women's under-18 teams, and will retain his double duty for three more years.

Paek took over a struggling South Korean program in July 2014, when the country was stuck in Division I Group B in the International Ice Hockey Federation (IIHF) World Championships rung, the third-highest level of the competition. 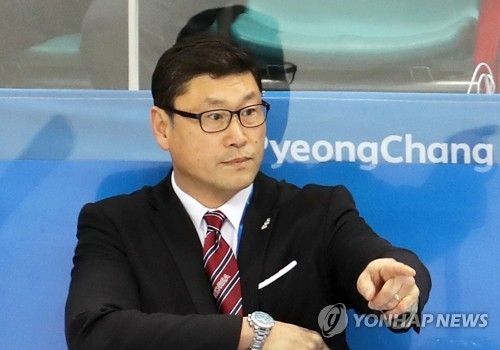 South Korea didn't survive the tough competition in May this year, losing all seven preliminary games to be relegated back to Division I Group A for 2019 in Astana, Kazakhstan.

Also on Paek's watch, South Korea competed at the PyeongChang Winter Olympics in February this year as the host country. It lost to the Czech Republic, Switzerland and Canada in the group stage, and then fell to Finland in the qualification playoff.

The KIHA credited Paek with raising the quality of South Korean hockey, and called him a great motivator who has had complete control of his locker room over the past four years.