According to the data compiled by industry tracker WiseApp, KakaoTalk boasted 35.2 million active monthly users in May and accounted for 94.4 percent of the total time spent on mobile messengers in the country.

The report is based on a survey conducted on some 23,000 users of Android-powered smartphones.

Among teenagers, WiseApp said KakaoTalk dominated 87 percent of their time spent on mobile messengers, but Facebook Messenger took up 9.9 percent, up 1.8 percentage points from October 2017. Over the cited period, market share numbers for KakaoTalk moved down 2.7 percentage points.

Facebook Messenger had 2.38 million monthly active teenage users in May, while KakaoTalk had 4.65 million, WiseApp added. 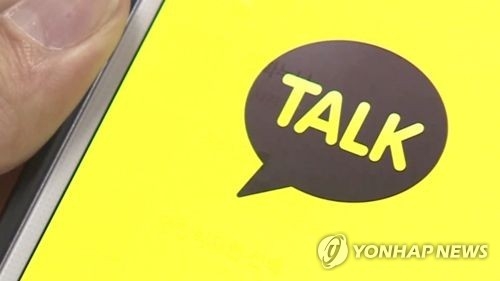