According to IHS Markit, OLED displays performed well, as the market for smartphones plateaued, resulting in a drop in sales of liquid-crystal displays (LCDs). LCDs have traditionally been preferred for displays in many smartphones and mobile devices.

It said that in the first quarter, the market size for medium and small displays stood at slightly over US$11.4 billion, down 9.8 percent from $12.7 billion a year earlier. Of the contractions, 94 percent has been attributed to weakness in the smartphone market.

The market watcher said LCD panel sales plunged 22 percent on-year to $6.9 billion, while the numbers for OLED shot up 20.3 percent to $4.3 billion.

The shift translates into LCDs accounting for 60.1 percent of all medium and small panels compared to 69.6 percent a year ago, with the proportion of OLED rising to 38 percent from 28.5 percent.

This places the tech giant in a good position to exploit future growth. The company accounted for 35 percent of all medium and small displays sold in the market globally in the three months that ended in March. These numbers outpaced Japanese and Chinese rivals.

Industry watchers said that demand for OLED is expected to grow as manufacturers are expected to introduce flexible display devices going forward to attract more buyers.

The worldwide demand for flexible displays jumped 2.6-fold on-year to 2.9 billion in the January-March period. 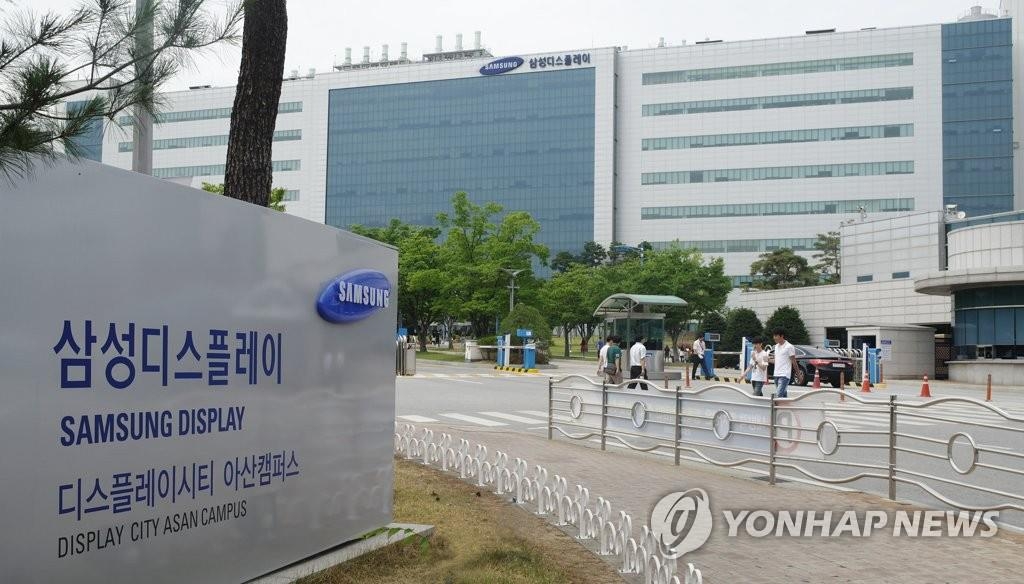