SEOUL, July 1 (Yonhap) -- South Korea's Lotte Duty Free said Sunday that it has opened its second store in Vietnam at Nha Trang Cam Ranh International Airport as it strives to expand its presence in the Asian market and better serve Chinese and Russian visitors.

The airport serves the Nha Trang area in the central part of the Southeast Asian country, with both domestic and international flights being offered to users.

The opening of the latest store comes a year after Lotte launched its duty free operations at Da Nang International Airport.

It said South Korean cosmetic brand Sulwhasoo, as well as many labels favored by Chinese and Russian visitors, such as Dior and Yves Saint Laurent, will be sold at its stalls. Data showed that among international travelers using the airport in 2017, 58.9 percent were Chinese nationals and 27.4 percent Russian.

"The goal is to attract Chinese and Russian travelers, with the store expected to generate some 700 billion won (US$628 million) in sales in the next 10 years," Lotte said. The company said it wants the Cam Ranh store to turn a profit in the first year.

It added that Lotte will strive to become a beloved duty free store in Vietnam by offering excellent service and a wide range of goods to customers.

The company opened its first overseas store in Indonesia in 2012 and presently operates seven outside South Korea, including its latest branch in Vietnam. 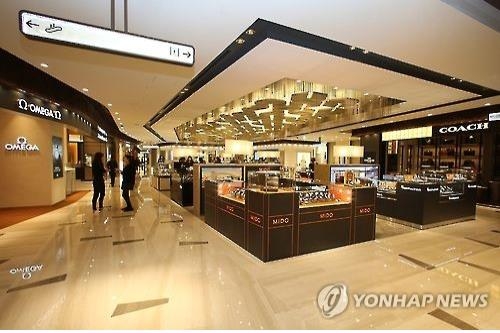